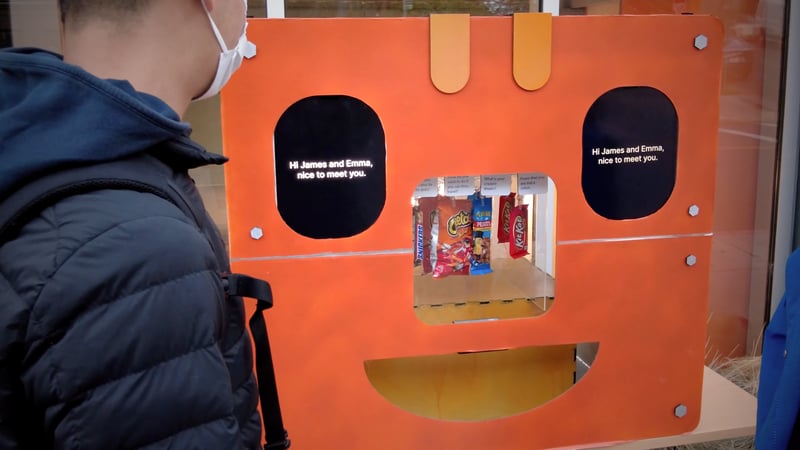 The interaction among people from different backgrounds has been declining in modern society - be it our personal network, neighborhood, or work environment. We tend to make friends with people who are similar to us. Cities are clustered with communities of different ethnicities. Such disengagement could have severe consequences for our society in terms of injustice - polarization, loneliness, and even political conflict.

Snackchat is a two-person vending machine that tries to bring strangers together by giving them a chance to interact. It aims at creating comfortable but meaningful conversations among users through voice-based interaction.

Strangers who want to obtain snacks need to invite another person nearby to join. Instead of pressing buttons to select snacks like a tradition vending machine, users need to read out a conversation-starting sentence below the snack they want. This creates a natural opportunity for the other person to react and respond. After both strangers have selected their snacks, they are dispensed with a recipe printed with a link to an anonymous private chat room so that they can continue the conversation if they want. 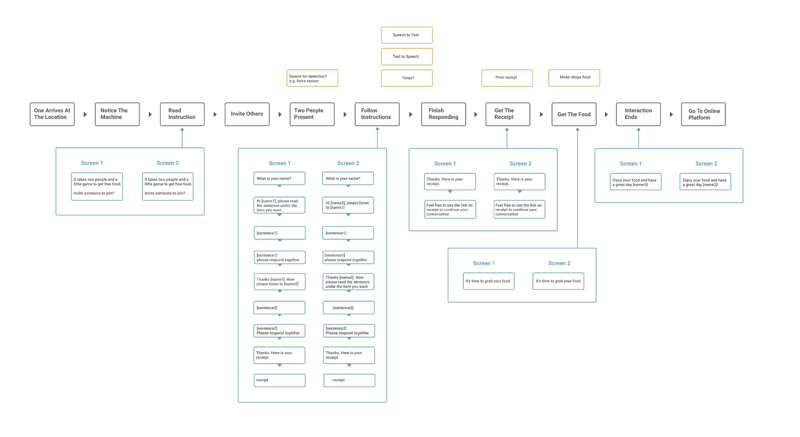 Thorough user research was conducted in this project before the idea of a vending machine was proposed. We gathered our insights from various focus group interviews, where interviewees come from all walks of life, and organized the findings on an affinity map. A key insight is that an excuse needs to be given to attract two strangers interacting with each other. It could be a task, a game, or an incentive. 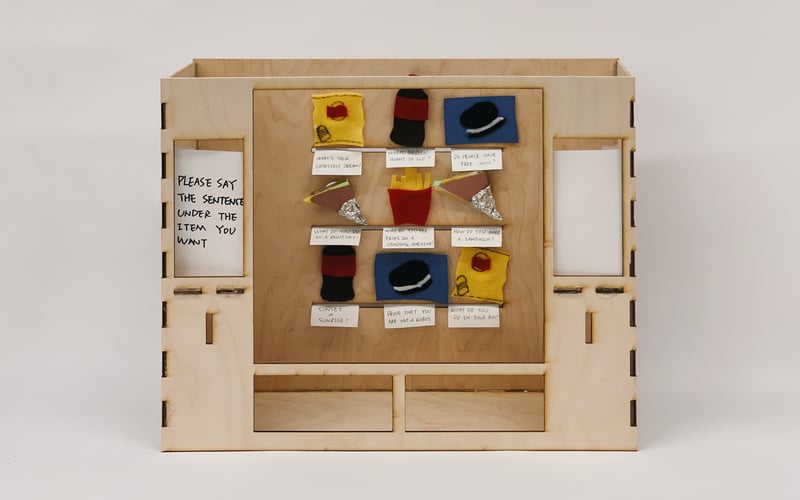 After confirming our idea, we started designing the form and finalizing the interaction flow.

The snack dispensing mechanism was also implemented using a number of servo motors and coils.

The body of the machine was made from plywood spray-painted with a matte finish.

An interaction web application is shown on the displays on the two side, which also serve as the eyes of the robot. The detection of the conversation starter was implemented using the Web Speech API.

We imagine Snackchat to be installed in public areas such as train and bus stations, where all walks of life are bumping into each other. 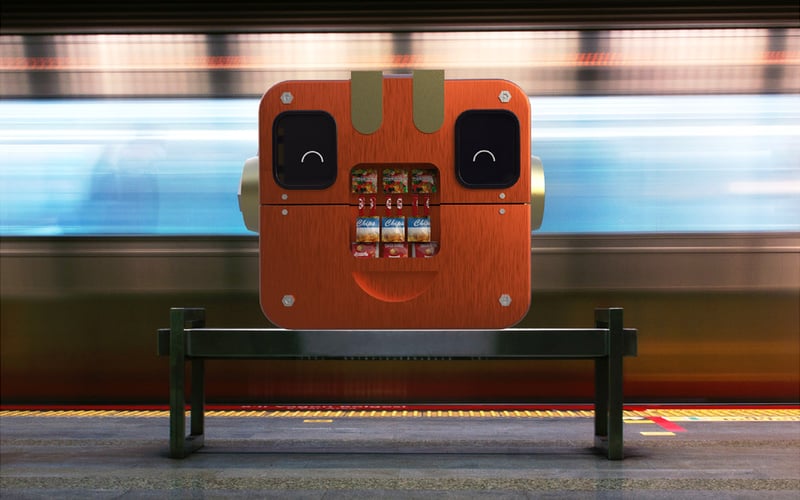 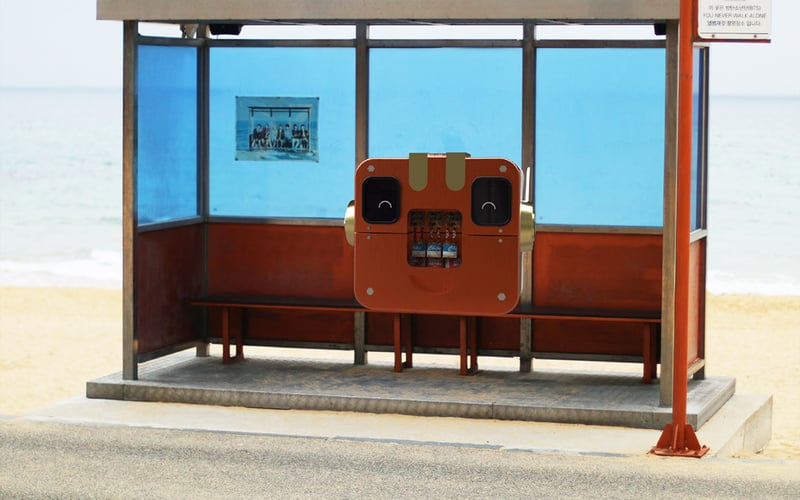